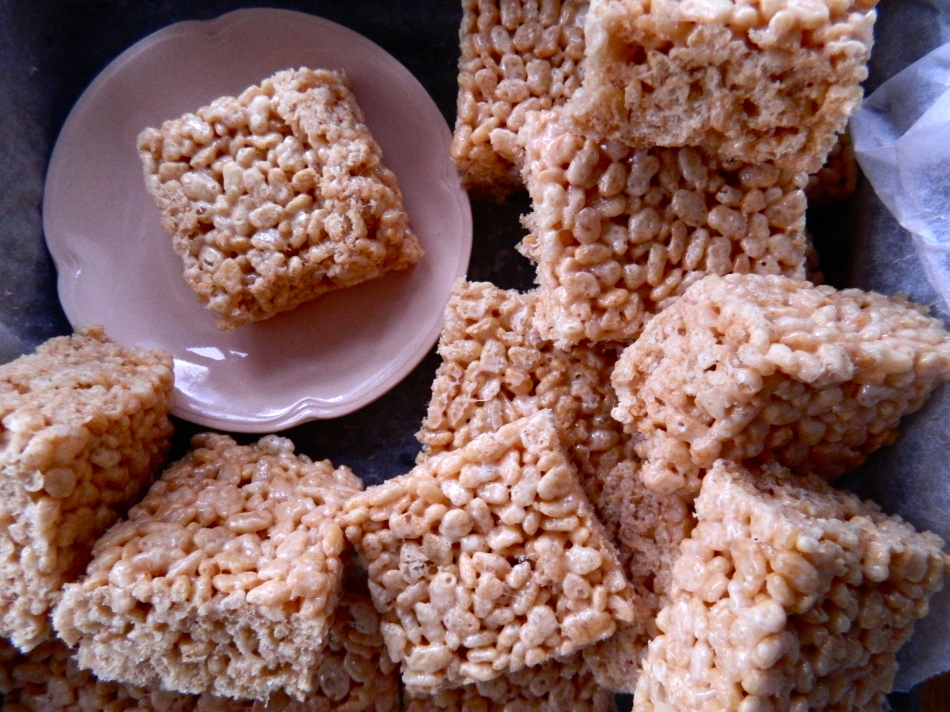 These marshmallow squares are not fancy or clever in any way, but I have a major soft spot for them all the same. They’re sweet and sticky and delicious, and they’re one of the quickest traybakes you can make. I quite like the way they look too; faintly pink, reassuringly chunky and perfectly exact when cut.

However, I think the main reason why I like them so much is that we made them at a baking party (yes, a baking party)  that my parents held for me when I was eight or so. It  was definitely the best birthday party I ever had, but my mother must have either had a lot of patience then or been mad – I can only imagine how awful a swarm of sugar-filled, margarine-grubbied eight-year-old girls would be. Anyway, these are still fun to make and may remind you of big boxes of Smarties and top hats in paper cases and sitting at the top of the table, or in other words, the loveliness of having a party thrown for you. 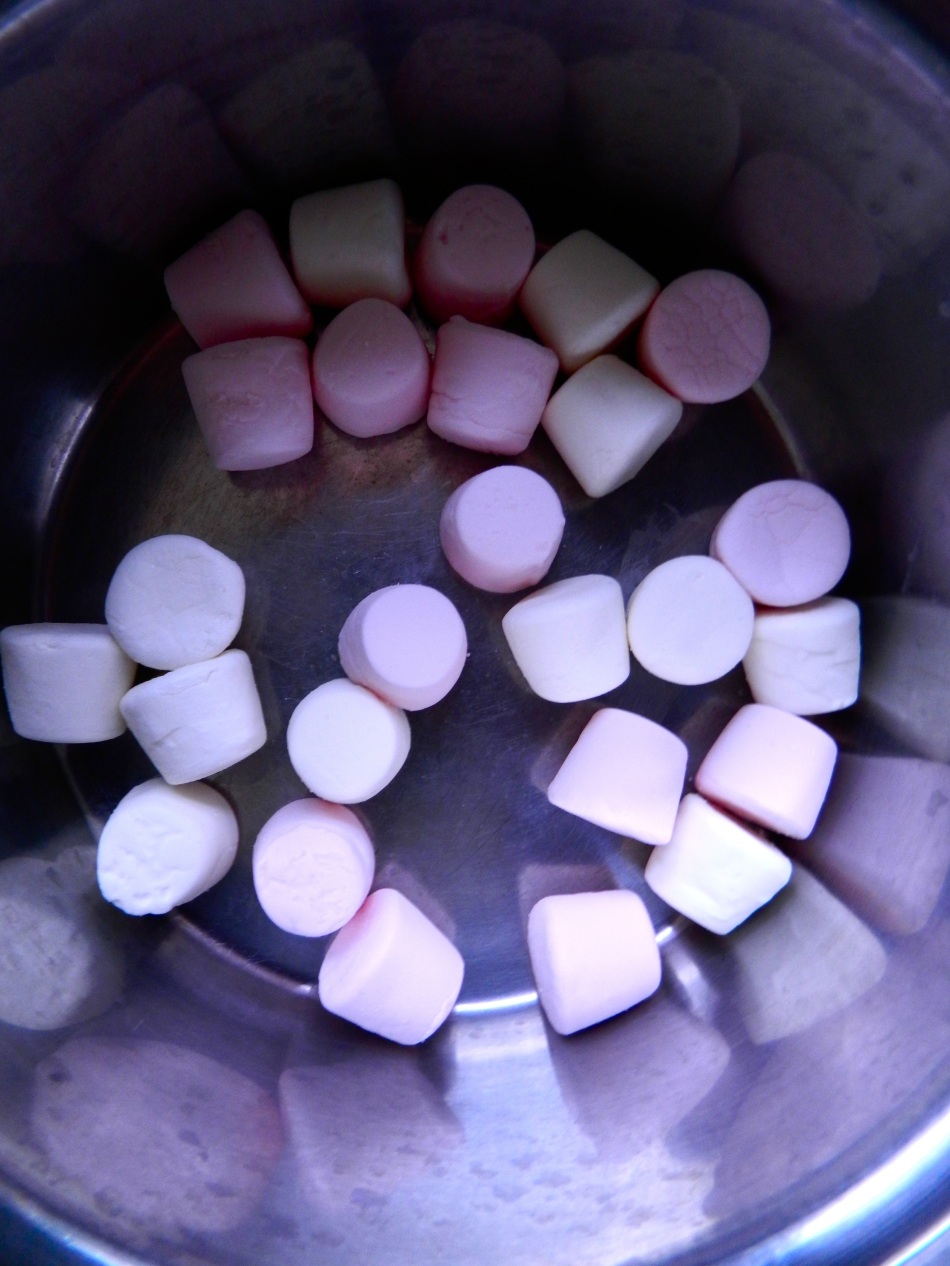 Melt the butter and marshmallows over a low heat. Grease a baking tin with a little butter and line with parchment. Mix the Rice Krispies into the marshmallow mix (I used 150g but in retrospect I think 125g would give a chewier, slightly sweeter square). If you wanted to add some mini marshmallows, press them in now. Pat the mixture into the tin, and pack it down several times so that it’s really pressed in. When it has cooled and set, cut the mix into neat squares and store in an airtight box. 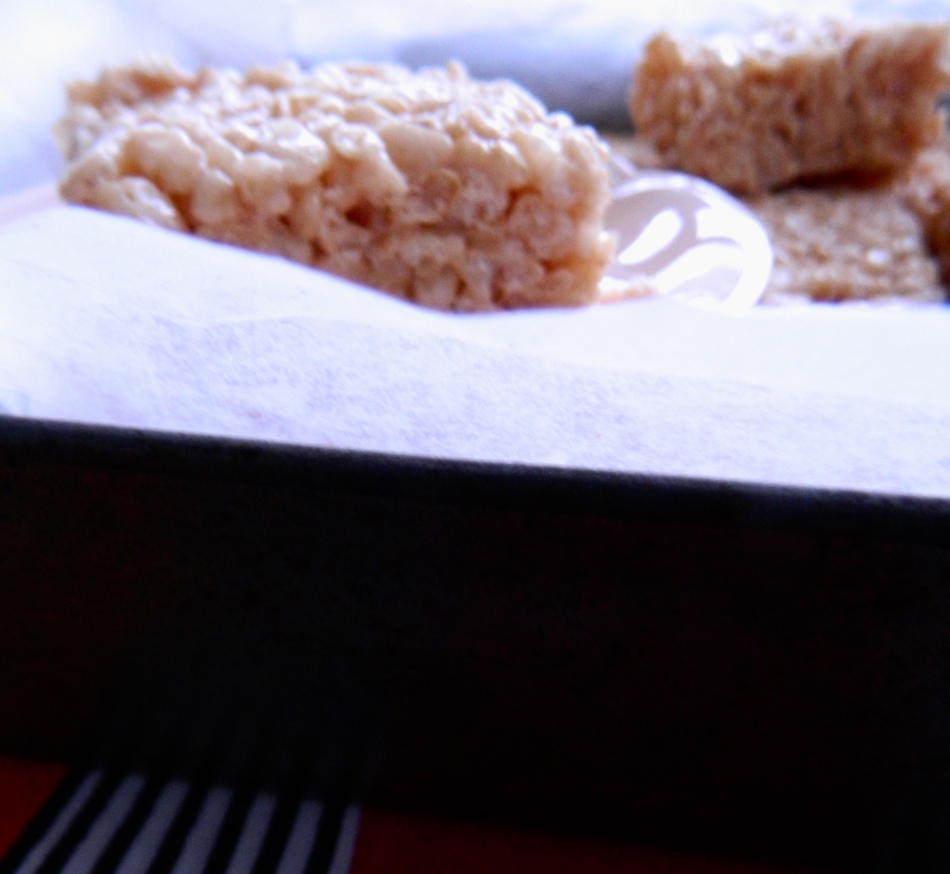 Beep beep! 🛵
Never underestimate the benefits of a view!
Hocus Pocus vibes!
On the 8am pain aux chocs run in lovely TP 😍🥐
Made @keithjamescoleman gorgeous recipe for butter chicken for our first curry of the autumn and you should too!
So long lives this, and this gives life to thee 😍