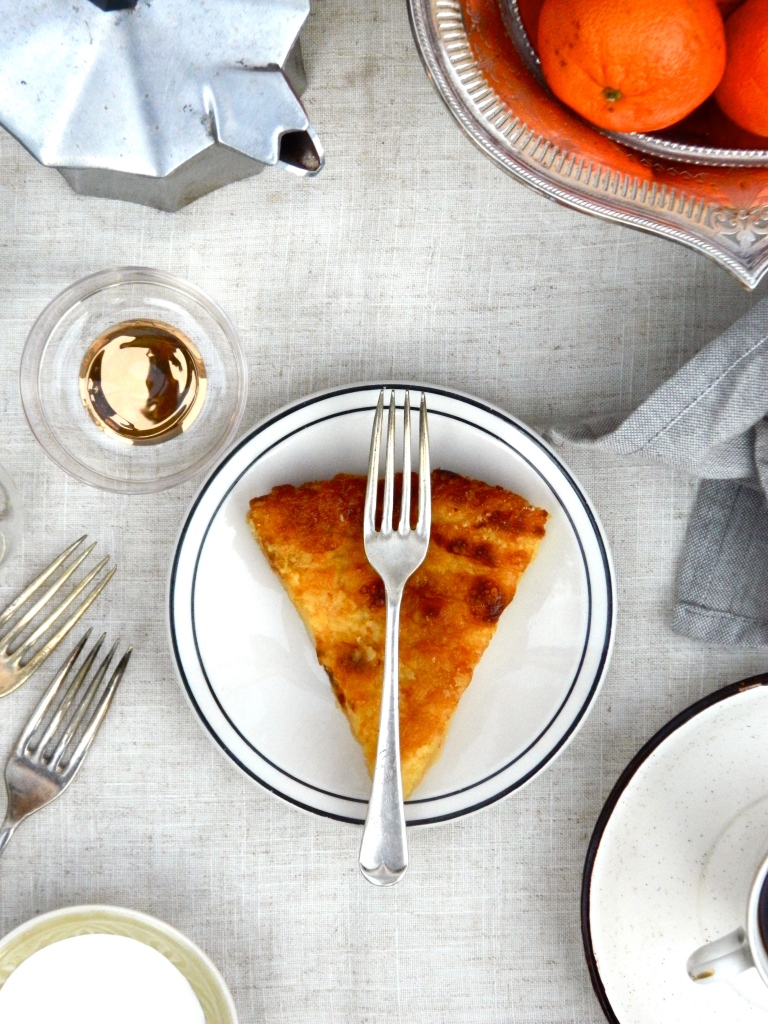 January is neither spring nor winter but its own distinct mix of both. Most of it is more wintry than winter itself, with icy winds and raw mornings and none of the gaiety of Christmas to soften the blow. But then some days, towards the end of the of the month, the light changes slightly; there’s Six Nations updates on the news and you can begin to see beyond the snow into spring.

One recipe that I associate strongly with this very particular time of year is this gorgeous Seville orange tart, which can only be made during the fortnight when marmalade oranges are available. It celebrates and exemplifies this cold but cautiously cheering time of year, with its bitter, sweet, rich and clean flavours; it’s January into February and winter into spring. It smells like marmalade being made. Once I’ve had it – no matter what the weather throws at us subsequently – I know that winter is over and spring is well and truly on its way. 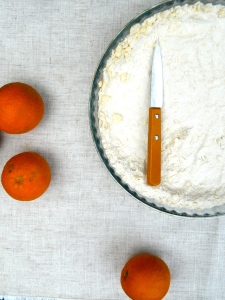 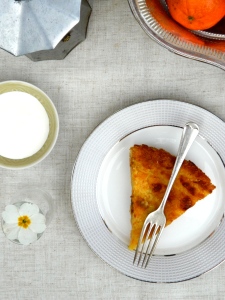 The recipe comes from Claire Macdonald’s ‘More Seasonal Cooking‘, which was published in the 1980s but still feels modern and current. It’s divided into specific months rather than just seasons, and focuses on good hearty, family-focused food and ordinary, local, Scottish ingredients. Claire Macdonald runs Kinloch Lodge Hotel, a ‘large white house at the foot of a hill, bordered on two sides by a sea loch, Loch na Dal, on the Isle of Skye’. Her book celebrates the tiny shifts in the weather, light and ingredients available to us that make up our year, which is why I love it.

Living on Skye, however, means no strawberries and asparagus at Kinloch Lodge in December. ‘I wouldn’t even want them if they were available though, because it is the seasons and the different foods they bring that inspires our work in the kitchen’, she notes. ‘The time of year – or at least the weather – dictates what we feel like eating’.

‘I love the varying seasons because I love change. As I write, it is the very beginning of December, and I am still reveling in the afternoons getting dark early, the cosiness of the fires with the curtains drawn against the chill black outside. By the end of January I shall be eagerly noticing the longer daylight hours and I shall be hunting out the first snowdrops’.

Indeed January can, according to Claire Macdonald, be ‘helped on its way with delicious food, comforting and warming. And for those who, like me, love marmalade making, January sees the arrival of Seville oranges. Part of the January routine is the task of making enough marmalade to last us through the coming year, some 300lb, and the house is filled with the smell of marmalade which is, to me, the essence of January’.

While we no longer make marmalade in our house (we could never keep up with the quantities), we have this tart every year, around the same weekend in January, instead. It’s one of my favourite desserts – the pastry becomes crisp and short in the oven, and there is some serious caramel alchemy going on in the combination of the bitter Seville orange, the butter and the sugar. This is more-than-the-sum-of-its-parts baking at its best, and it’s a real crowd pleaser, especially when served with cups of black coffee, a big bowl of cold crème fraîche and a cold, dark January night.

If you have a food processor, put all the ingredients for the pastry into the bowl and process until the mixture is like fine breadcrumbs. Pat the mixture around the sides and bottom of a 20cm flan dish. Put the pastry mix into the fridge for at least half an hour. It will be very crumbly, but don’t worry. Preheat the oven to 180c and bake for about 10-15 minutes, or until it’s turning a very faint golden colour.

For the filling, zest the Seville oranges as finely as you possibly can, and add to a large mixing bowl. Add the butter and sugar to the orange zest. Beat the eggs in a jug and pour into the mixture. Mix all together and rest the bowl over a saucepan of simmering water. Stir until the butter has melted and the sugar dissolved, then take the bowl off the heat. Stir the orange juice into the buttery mixture. Don’t be tempted to add the juice along with the zest at the previous stage – according to Macdonald, ‘it just doesn’t work’. Pour the mixture of butter, sugar, eggs, orange rind and juice into the baked flan case and carefully put the tart back into the oven. Bake at 180c for around 15 minutes, or until the filling is just set to the touch. Serves 8-10 and is as good warm as it is cold.