A couple of summers ago I spent several months on the East Coast. I was supposed to get a job, but I arrived far too late and all the jobs were gone. To get some value out of my newly-acquired and totally redundant American social security number, I opened a library account in Newport Public and happily read my way through their cookbook section. One book in particular made an impact – David Rosengarten’s It’s All American Food, a 482-page paean to the melting pot that is American cuisine. Rosengarten, a well-respected food writer in the US, divided the study into three sections: Ethnic America, Regional America and Classic America, with each chapter patiently and thoughtfully exploring the origins of each dish, each cuisine, each regional modification. In the introduction, Rosengarten states:

“The modern American table was shaped, to a large degree, by the immigrants who began arriving in the United States about the time of the civil war – and who continue to arrive today. They brought their own ideas and they held on to them and they changed the food of America in the process…How do you make the food of your homeland in 1890 when no food from your home is here? You adapt.”

Rosengarten’s enthusiasm for the topic is evident throughout, and when I travelled to New York and Boston at the end of the summer, his ideas about American food clicked into place: pork and cabbage dim sum in SoHo with sriracha and soy sauce, burritos in Bryant Park, coffee & bagels from a bakery in Brooklyn (which would later receive an ominous ‘grade pending’ hygiene rating) and cannoli from a famous – and slightly frightening – Italian-American bakery in the North End of Boston. 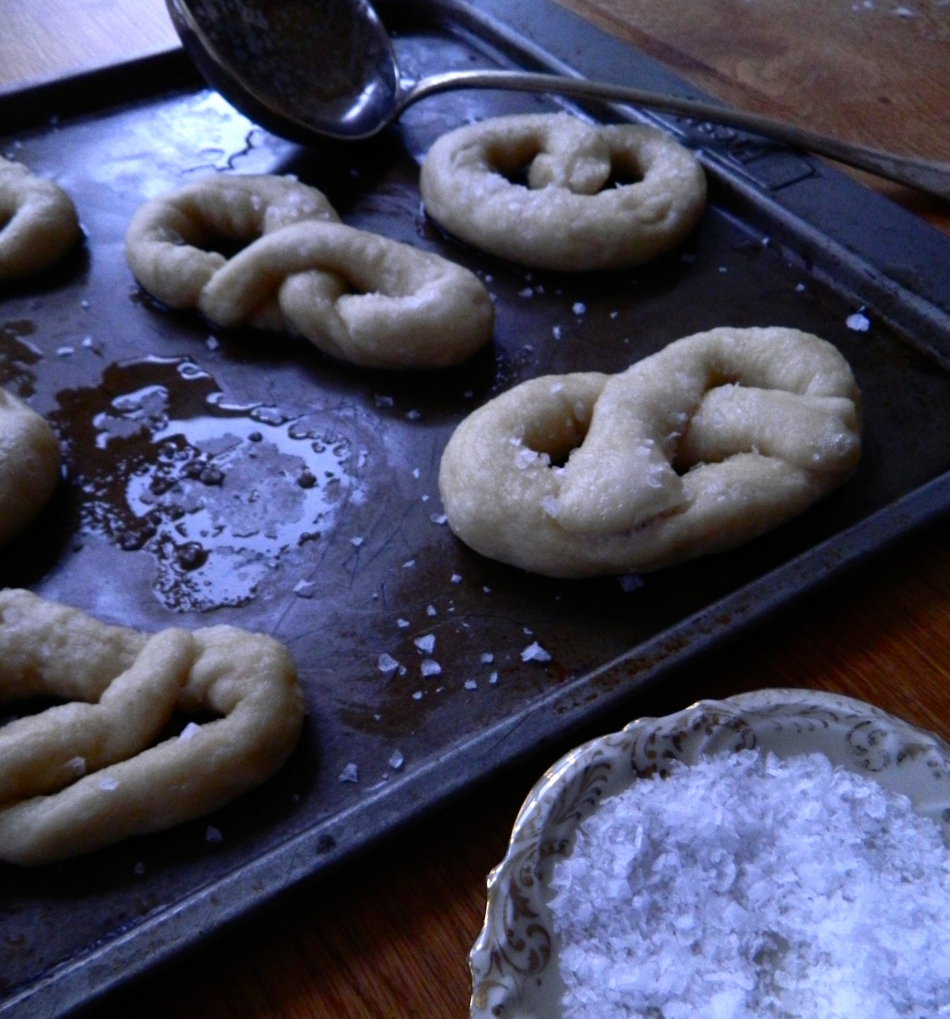 Two and a half teaspoons dried yeast

One cup of warm water

One tablespoon of caster sugar

Half a teaspoon of salt

In a large bowl sprinkle yeast over hand-warm water and stir until dissolved. Stir in softened butter, sugar, and salt. Mix in the flour, adding extra as required. The dough should be elastic but not sticky. Knead for about 10 minutes. Put the dough into an oiled bowl, cover and leave in a warm place until it has doubled in size (around an hour to an hour-and-a-half). Punch the dough down and divide into small pieces. Roll each piece into a sausage on a floured surface and then mould into pretzels shapes (check google images!), securing each end tightly with your thumb. Cover the pretzels with a tea towel, leave in a warm place and allow the dough to double in size again. Preheat oven to 180 degrees and grease two baking tins with sunflower oil. Bring the four pints of water to a rolling boil, add the tablespoon of baking soda and drop the pretzels in, scooping them out when they float on the surface. Sprinkle with rock salt and bake for about 15 minutes, or until they look ready. Serve with cold butter. 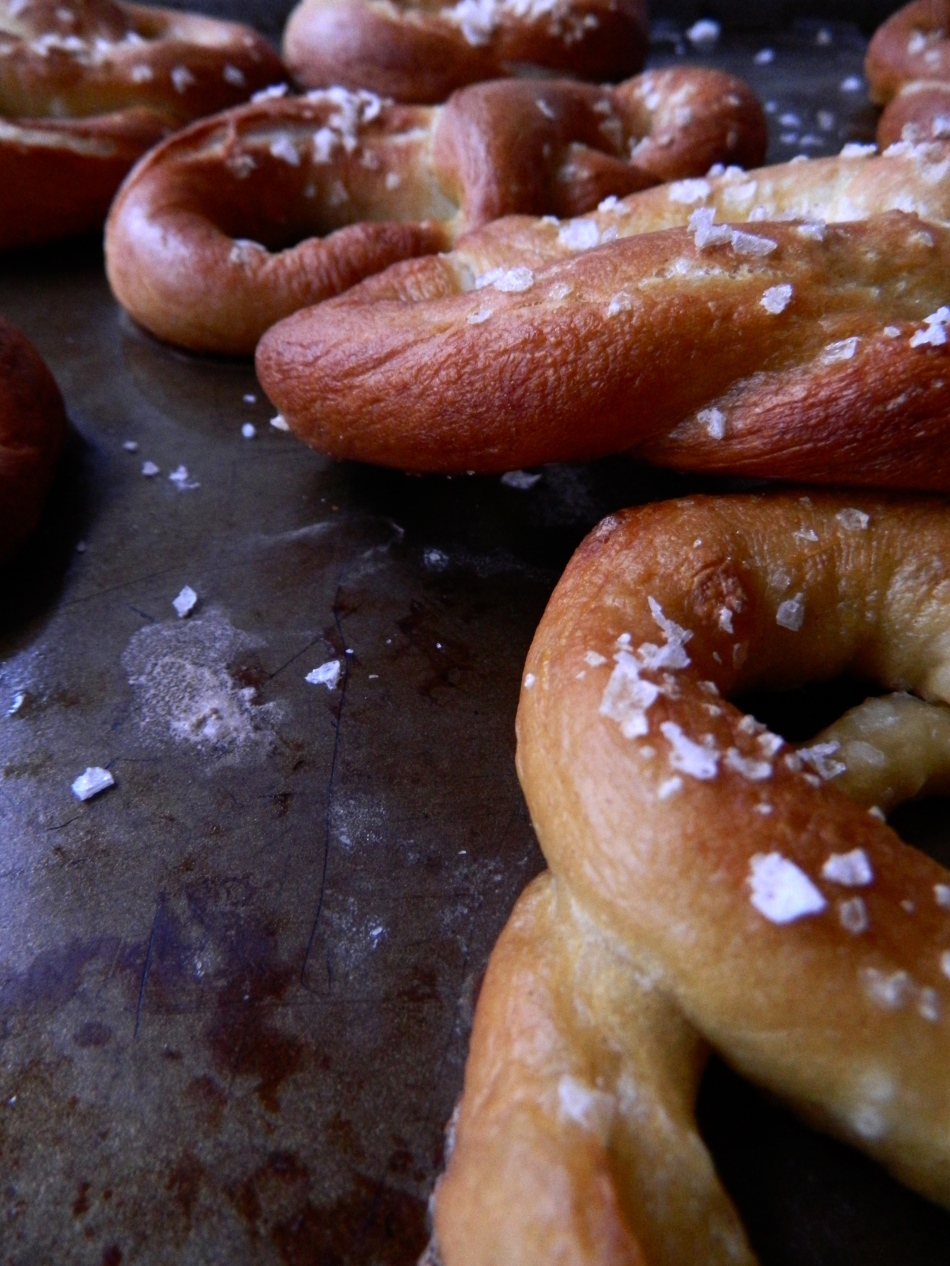