A fortnight ago, I tried Nigella’s famous chocolate Guinness cake for the first time at the Peacock Green café beside Christ Church Cathedral. It’s a phenomenal chocolate cake – dense, rich and featuring a ferrous, faintly nostalgic flavour that’s initially hard to identify. Put simply, as well being a chocolate cake and then some, it also tastes like the essence of Guinness itself. 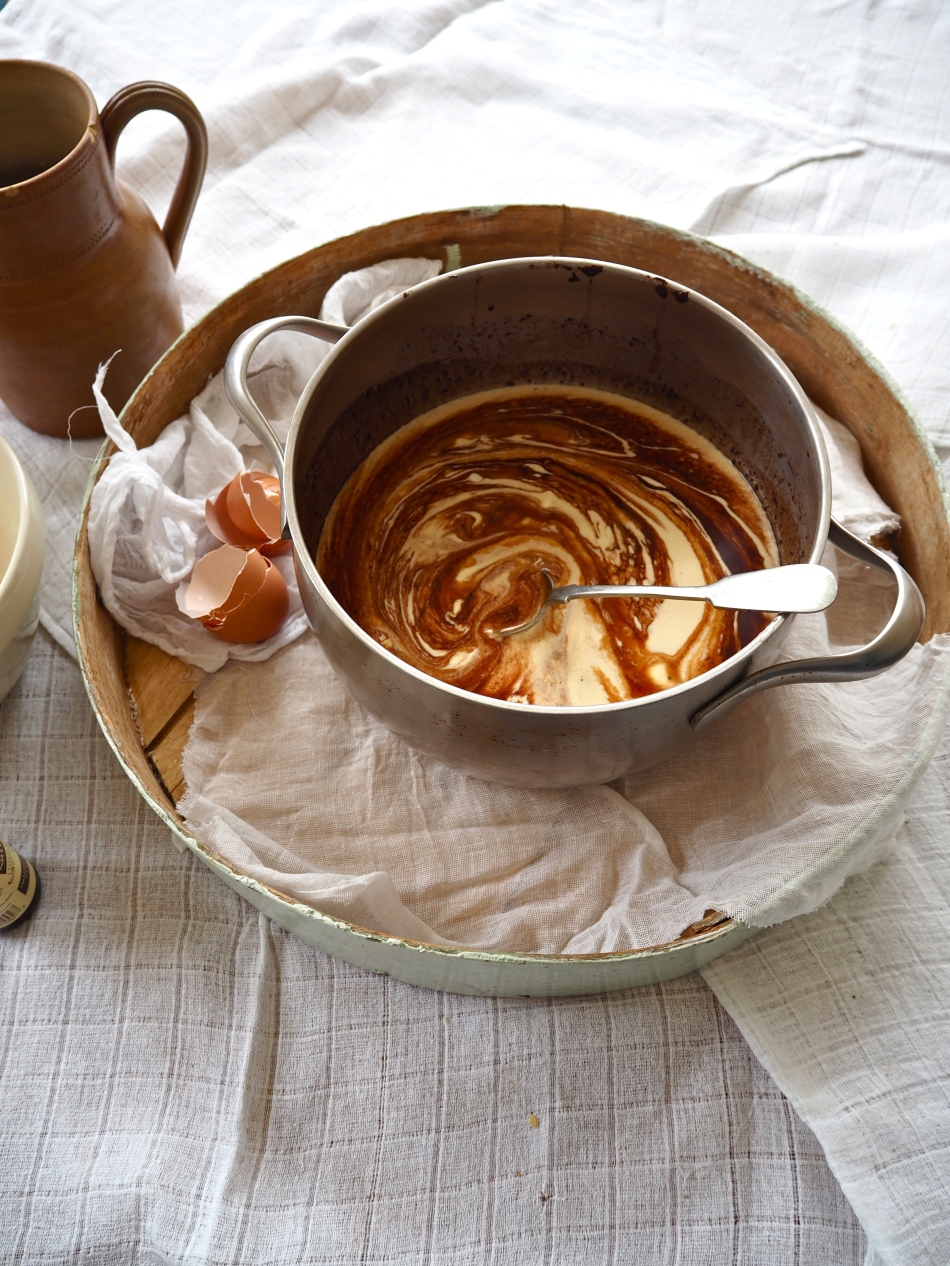 That slice of cake stayed on my mind all week, and I decided I would have to try making it. Having studied food & drink production, socialising & the impact of the Guinness brewery & family in the Liberties as part of my dissertation, I’ve long been interested in the role of the ‘black stuff’ in Dublin. As well as that, living on either side of the brewery over the last year and a half (first off Clanbrassil Street and then off Parkgate Street) has made the changing smells of the factory intensely familiar to me, as they are to everyone else who has lived, worked or studied in or near the Liberties for any period of time.

Along with the usual malty smell (and its pleasant & not so pleasant variations: Weetabix with warm milk; dinner; Horlicks; dog food), there is also a gorgeous toasted chocolatey scent that I could only pick up some early mornings on the Parkgate Street side of the factory; a real treat of a scent that smells to me like roasting coffee, melted chocolate & Kinder Country bars. Anto Howard, author of Slow Dublin, describes these two very distinct Guinness factory aroma profiles thus:

“There are two distinct smells. The first is a strong and harsh yeasty odour…I find bracing and challenging, like a good cheese. The other, rarer and fainter, is a much mellower, rich-roasted coffee fragrance with a hint of warm bread about it. It smells like pure pleasure.” 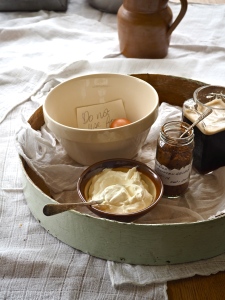 The smell of this chocolate Guinness cake baking fills the house with that same second scent of pure pleasure; a complex, chocolatey fragrance that will forever remind me of early starts, weekday sunrises enjoyed with no one else around & countless cups of coffee in Dublin 7 & 8 with the one I love.

A Nigella Lawson classic from her ‘Feast’ cookbook, this recipe makes one very large, very dense cake. It’ll keep beautifully in the fridge for up to a week & just gets better & better with time.

FOR THE TOPPING (n.b. not essential – this cake would be just as good served with whipped cream on the side, but as Nigella notes, the topping does make it resemble a pint of Guinness and it is deliciously indulgent)

Preheat your oven to 180ºc & butter and line a 23cm square or circular tin with baking paper. Pour the Guinness into a large saucepan & add the butter and heat until the butter has melted. Whisk in the cocoa & caster sugar. Take off the heat & leave to cool. Beat the eggs with the sour cream in a small bowl with the eggs & vanilla. Pour this into the Guinness mixture. Sieve the flour & baking soda together & add to the pan. Whisk well until most of the lumps have been incorporated. Pour the cake batter into the prepared tin & bake for 50 minutes to 1 hour, or until an inserted skewer comes out clean. Leave it in its tin to cool completely, which will take around 2 hours (or less if you leave it next to an open window). For the icing, beat the icing sugar into the cream cheese until fully incorporated. Whip the cream and fold into the cream cheese mixture. Spoon onto the cake with a spatula. Store in the fridge until required.