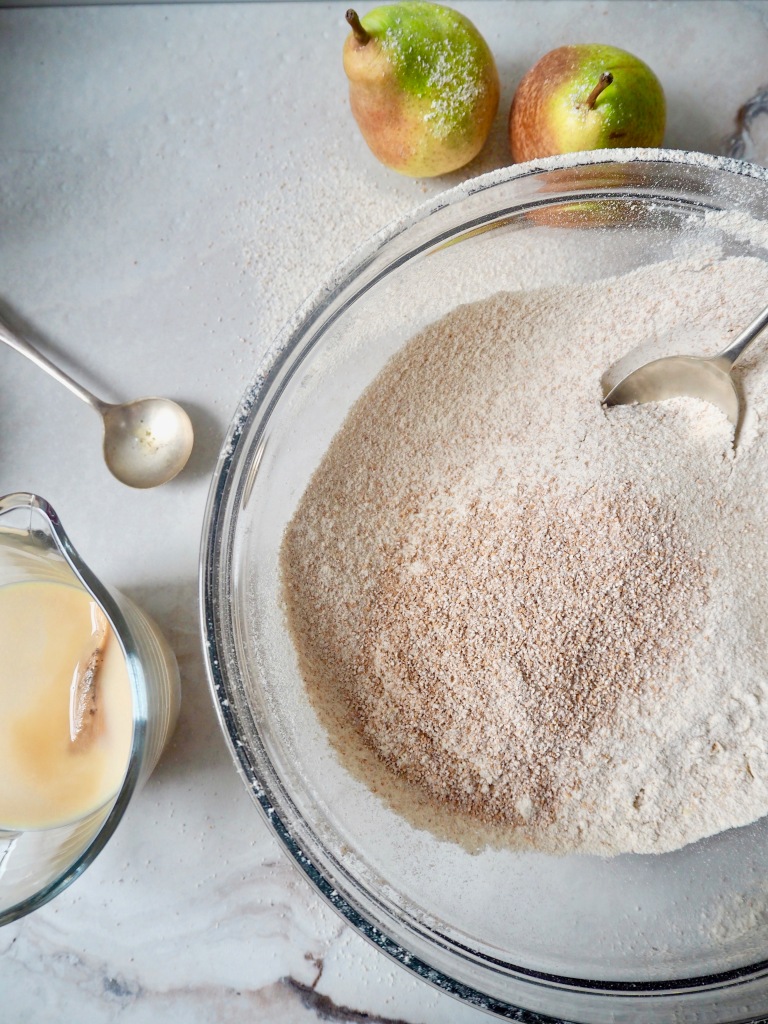 There’s a new nip in the air that can only mean one thing. The days are starting to shorten, the nights are becoming chilly, the hedges are laden with blackberries and autumn is on its way.

In the same way that spring comes crashing in all of a sudden in its youthful enthusiasm in early March, I always notice the seasons changing just as sharply in the first fortnight of August. The light changes slightly, subtly at first, then the air changes and then suddenly it is no longer summer. 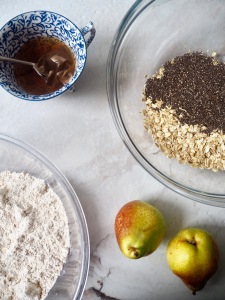 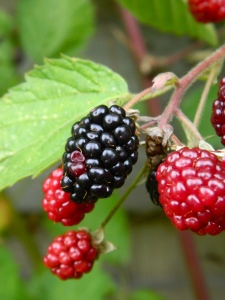 In ancient Ireland, this period of time, that is the beginning of the harvest season before the crops had ripened fully, was marked with the festival of Lughnasadh, which is said to have fallen on the 1st August, later being celebrated on the Sunday nearest this date. There was some sort of ritual with picking bilberries, a rite which still continues to this day in parts of Ireland with the variously named celebrations of ‘Fraughan Sunday’, ‘Garland Sunday’, ‘Bilberry Sunday’, ‘Mountain Sunday’ or ‘Reek Sunday’.

I was away on the first Sunday of the month, so instead of making a blueberry cake I decided to make these slightly more autumnal blackberry muffins instead, and given that the blackberries seem very early this year they seemed very appropriate. 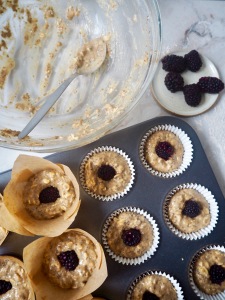 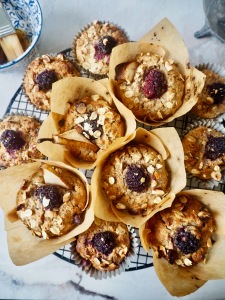 These muffins feel very cosy and autumnal; they would be ideal for serving up to friends with coffee mid-morning or late in the afternoon after some blackberry picking, or packed up and brought with a thermos of chai tea for a walk at the beach. 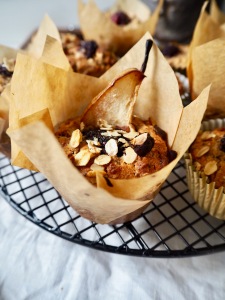 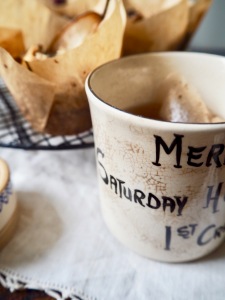 I’ve tested them a couple of times now, and if you don’t mind me boasting, I think they are very close to being perfect: they’re richly flavoured but not too sweet; with that lovely light, fluffy texture that is the holy grail of all muffin makers. They’re also quite hearty and wholesome if not specifically healthy, featuring a lovely ‘nubbliness’ from the addition of chia seed, oats & spelt flour.

But there are some essential points for making these (and indeed most other) muffins as lovely as can be.

♠ Preheat the oven to a very high temperature – around 220°c – so that the mixture rises very quickly when it goes into the oven, meaning a light, cake-like, non-stodgy crumb. This will also give the muffins a lovely domed top.

♦ Sieve all flours and baking agents together. Sieving helps aerate the mixture, and distributing the baking agents evenly will ensure each and every one of your muffins rise well.

♣ Don’t forget a tiny bit of salt. If you’re using salted butter, they’ll be fine without adding extra, but if you replace it with unsalted butter or some kind of oil, a tiny pinch of salt will really help the flavours.

♥ When mixing the wet and dry ingredients, you should only use the lightest of strokes to fold the two together. A good rule of thumb is to make no more than ten large, gentle movements of the wooden spoon. If there are a few lumps remaining at the end, no problem; they’ll disappear as the muffins cook.

And a top tip for making these muffins even more magical:

The first time I made these muffins – pictured above – I just popped the blackberries on top, and they were perfectly nice. But the second two times I made them, I pressed the blackberries right down into the centre of the mixture, so that they were completely hidden. Then when they were cut open, they then had an amazing, vividly purple, slightly gooey centre with a beautifully fragrant blackberry flavour. So please push those blackberries in! 2 small, firm pears (any of the green-pink varieties like Comice or Williams or Forelle will work; the regular bigger brown-green ones would be a bit grainy)

Preheat your oven to 220°c. Line a muffin tray with 12 large cases. Boil the kettle and pour a splash of boiling water (around 30ml) onto the teabag in a large measuring jug. Leave to brew for a few minutes then add the whole milk, swish the tea bag around and remove.

Grate the flesh of one pear into a large bowl, discarding the core and pips. Sieve the flours, baking powder & baking soda over the pear and mix well. Add the brown sugar, chia seeds, cinnamon, cardamon seeds and most of the oats and mix very well.

Melt the butter and beat the egg and add both to the milk. Add the natural yogurt, the vanilla extract and the honey and mix to incorporate.

Make a well in the centre of the dry ingredients and tip in the liquid mixture. Mix the wet ingredients with the dry ingredients very, very gently, folding together in no more than ten big, circular strokes of a wooden spoon. Don’t worry about getting all the lumps out. Divide the mixture between 12 large muffin cases; they should be about two-thirds full. Press a blackberry down into the centre of each case, so that it is totally hidden by the mixture [note: not the way I did it in the pictures above!]. Cut the remaining pear into small thin slices and add one into about half of the muffins for variety. Sprinkle the remaining oats over the muffins. Bake at 220°c for 15 minutes then turn the heat down to 180°c to continue cooking for another 10 minutes or so, or until the muffins are well risen, nicely domed on top, beautifully golden & cooked through (test one with a skewer if you’re not sure – it should come out clean).