There are certain ingredients that Ryan and I both accidentally double-shop every time we need them. So if I pop in to the shop on the way home from work to buy chorizo, mushrooms, eggs, bleach, crème fraîche and say a packet of linguine, for example, chances are, somewhere across the city, at almost exactly the same time, he is also buying the exact same ingredients, with the same good intentions and the same feeling of spontaneity in his choices. It would almost be romantic, a cheap rom-com trope, except for the fact that we have to eat so many chestnut mushrooms all the time. 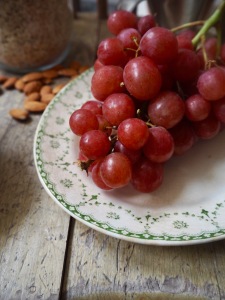 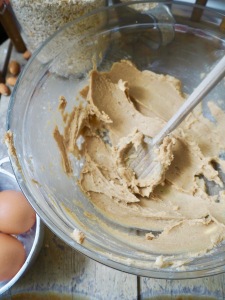 This happened with oats recently, and then it seemed to happen again, so now we have four big packets of oats, and disappointingly, two of them are those rather unlovable ‘rolled oats’ which achieve nothing except an infuriating oaty cloud of dust all around you and every work surface nearby whenever you try to use them. 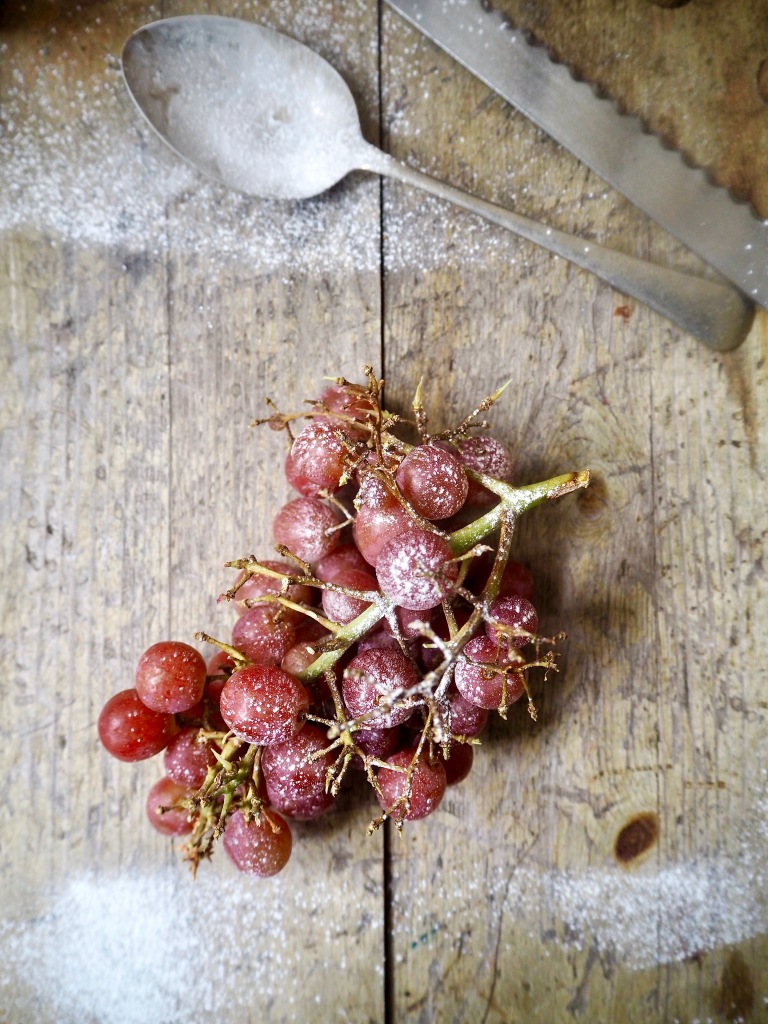 So rather than eating bad porridge for the next year, I’ve decided to try some new ways to use the oat surplus. Flapjacks are an obvious contender, but then we’d have eat dozens of flapjacks, which would be great from a taste perspective but not necessarily good for our health (flapjacks, the ultimate 90s healthfulness swindle). Besides, I can still hear my mum muttering that flapjacks don’t count as baking, which I disagree with, but yet can’t quite shake as a pre-conception against them. 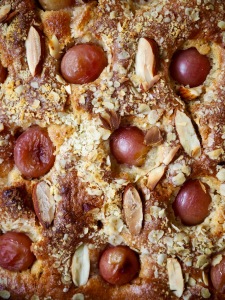 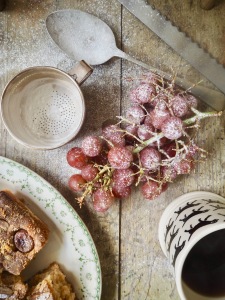 Yesterday, while investigating new ways to use oats online, I came across a recipe from Ruby Tandoh for a simple oat-based cake, which was part of a feature from 2015 called ‘Beyond the flapjack: baking with oats’ in The Guardian, which I think I remember reading at the time. She used blackberries in her oat cake, but, crucially, she advocates the use of the not-so-good oats in these oaty bakes, noting that ‘the cheaper the oat, the better your results will be. Fat, steel-cut rolled oats, jumbo oats, organic Scottish porridge oats – each of these will take too long to hydrate in doughs and batters, leaving the finished thing oddly chewy, bitty and dry. Stick with the bog-standard oats that are part broken and dusty in their packet.’ 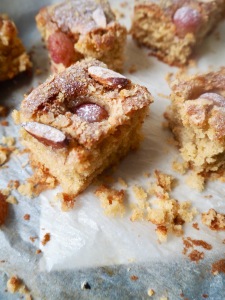 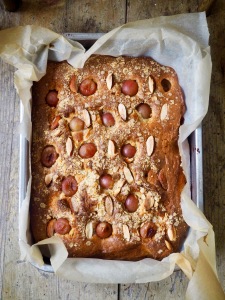 She’s right too – the rubbish oats cooked down to just a nice dense texture in this cake, with no dryness or grittiness, and they also gave it a lovely rich, comforting flavour. I amended the recipe slightly to use some ground and whole almonds and grapes in the mix instead of the blackberries, but regardless this cake is a real winner; ideal for cutting into wedges and having beside the fire with a steaming pot of tea as you wait for the streets around you to thaw. 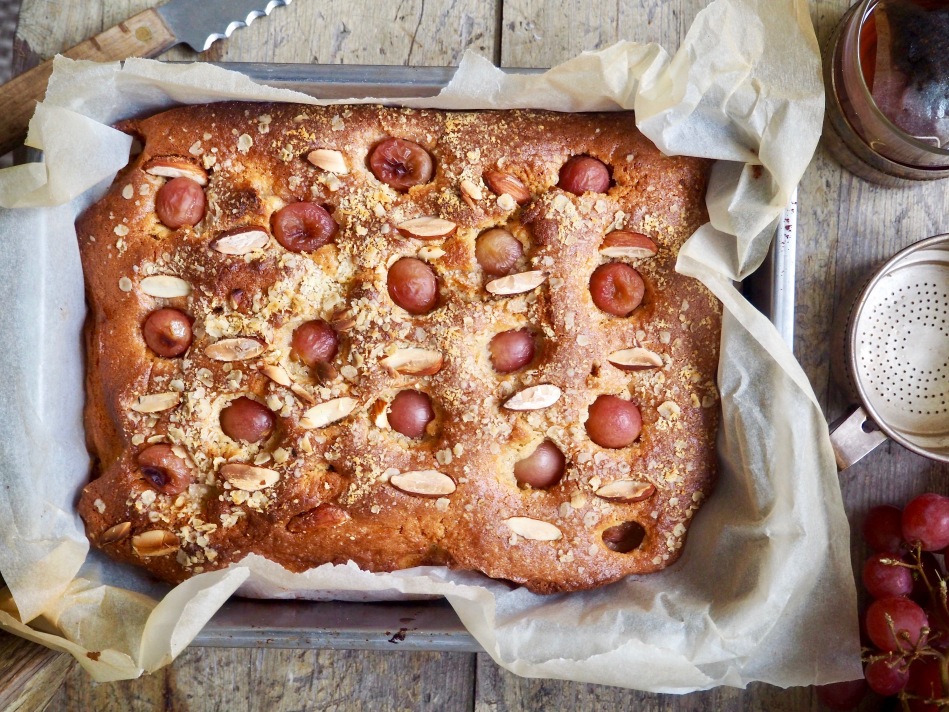 The grapes offer up the amazing taste and squidgy texture that you get from a fat, juicy sultana in a warm scone, but even more so, while the almonds lend the cake a nice toasted flavour, but do feel free to use whatever additions you fancy – any sort of berry will work well too.

50g porridge oats (the cheaper and more broken and the better), plus more to sprinkle

Zest of half a lemon

2 tablespoons of ground almonds, plus more to sprinkle

Preheat your oven to 180ºc. Line a medium sized, high sided baking tin with parchment. Beat the butter and sugar together in a large bowl till pale and creamy, around three minutes. Add the lemon zest and beat each egg in one at a time then mix in the oats and ground almonds. Sieve the flour and baking powder together into the dish and stir to combine. Mix in the yoghurt – you should have a reasonably thick batter with a bit of a swing to it. If it looks very thick stir in another spoon of yoghurt. Transfer the mixture to the lined baking dish and press half of the grapes into the mixture. Sprinkle over a very small handful of ground almonds and oats and press the almond halves over the top. Put the tin in the oven. After 15 mins, take it out and forcefully press the remaining grapes in to the top of the batter, which will be just starting to crisp – doing this at this stage will mean they won’t sink. Bake for another 20-25 minutes or until a skewer comes out clean at several different points. Allow the cake to cool a bit in its tin before cutting. Then enjoy with lots of tea and hopefully lots of good conversation. 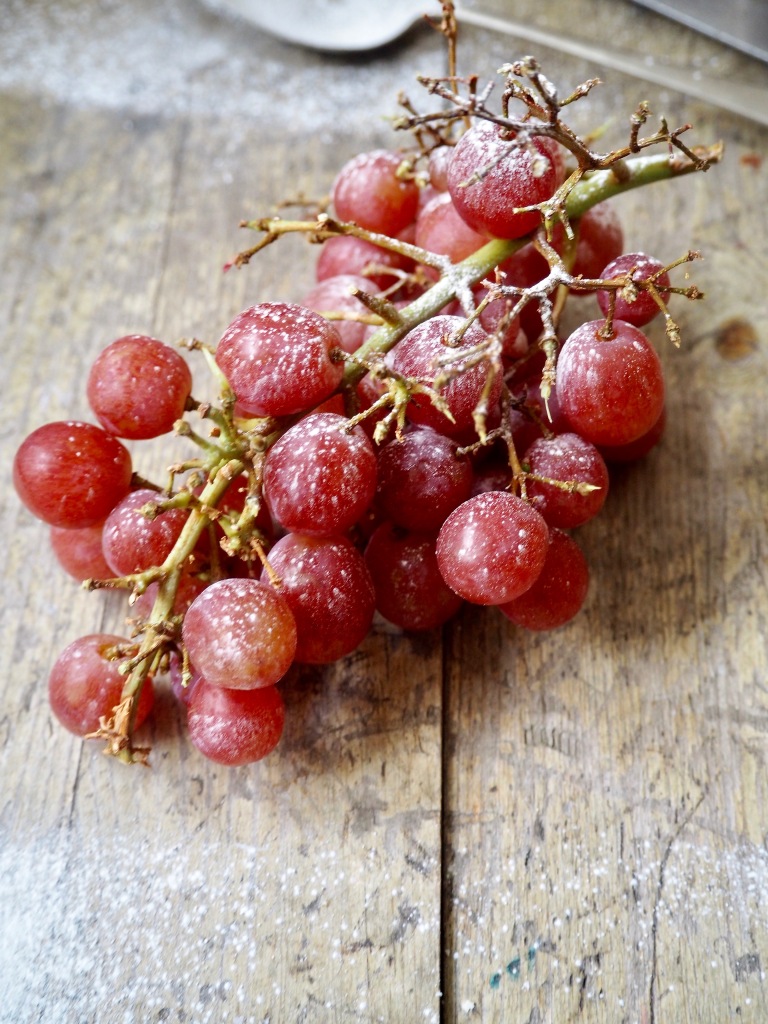