If we’re all being completely honest, it still doesn’t really feel like autumn yet. Yes, the nights and mornings are getting cold and there’s leaves on the ground, but the sun is still warm (I gained a few more freckles yesterday morning) and the air is mild and soft during the day. Long story short, it’s still ice cream weather, and particularly so with this comforting, cosy toasted oat flavour, which was initially inspired by Murphy’s version. (Although not directly influenced – unsurprisingly enough, they don’t put their recipes online!)

Until I tried this ice cream, I never really realised how much I liked the flavour of oats, or even that I could recognize ‘oat’ as a distinctive taste. Oats have a lovely flavour though, with a full, rich, biscuity taste when toasted; creamy and calming when infused with the milk in this lovely ice cream. It tastes like long ago, like childhood and bowls of cereal wolfed down on the sly at bedtime, but in an ice cream flavour. 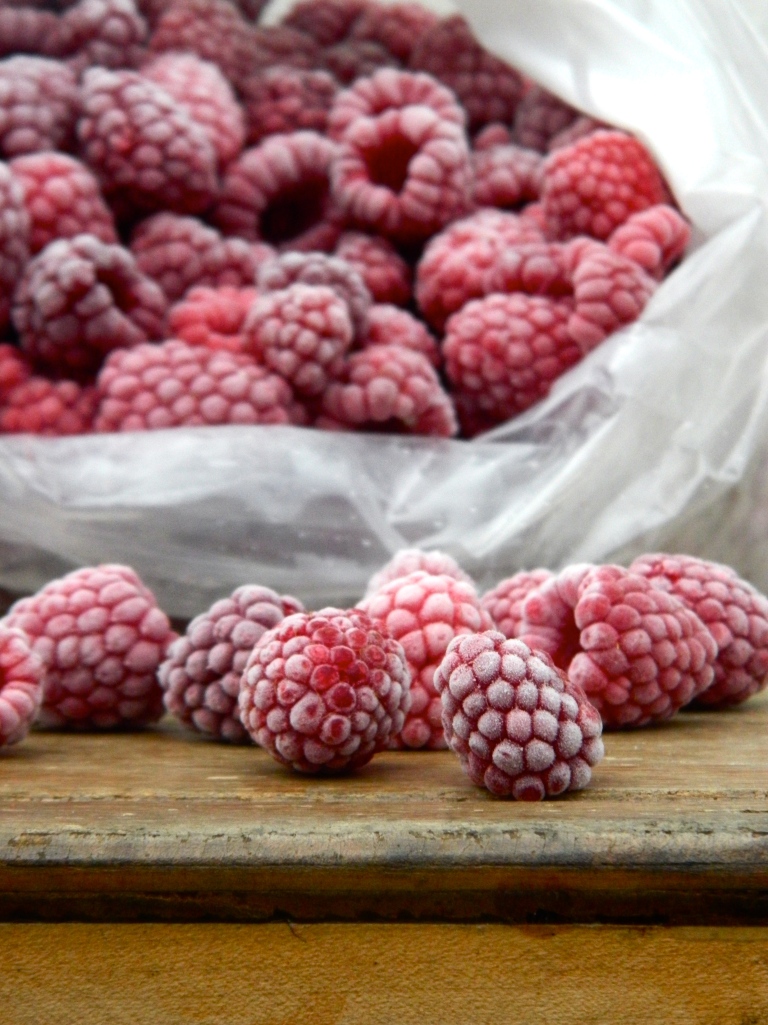 This ice cream does take a good while to make, as it has lots of different stages to it – you toast the oats, infuse them in the milk, make a custard, and then toast more oats to fold in at the end. However, it really is worth making, as it’s as delicious as it  unique – since it’s made with oats, it has that lovely, toasty cereal flavour that we’re all hardwired to love, and the flavour is both comforting and clean – perfect for this time of year when summer and autumn are still sorting it out between them.

Since it’s made with oats rather than corn, it also tastes quite distinctively Irish – it has the same compulsive quality as the cornflake-topped Cereal Milk soft serve (I presume), but the oats lend it a bit more ‘rarity’. 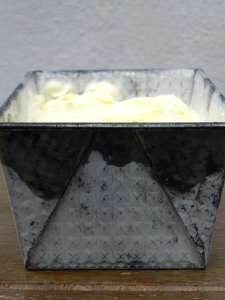 I decided to serve it with a warm berry coulis made with frozen raspberries from the garden and icing sugar, as summer is over from a fruit perspective.

Serves 6. Adapted from a Food 52 recipe, with a few changes

The night before, put the ice cream maker bowl in the freezer, or just keep it there all the time as Nigella used to suggest. Preheat the oven to 180 degrees c. Evenly scatter half of the oats on a baking tray lined with parchment and bake until golden brown and fragrantly oaty – about ten minutes. Don’t allow the oats to burn though, as this will give your ice cream a bitter flavour. Seed the vanilla pod with a sharp knife and mix with the milk, double cream and a generous pinch of sea salt in a large bowl. Place the bowl over a saucepan of boiling water, so that the bowl fits snugly on top.

Add the toasted oats to the milk-cream mix once they’re toasted and golden. Leave to infuse in the milk for about 20 minutes. Over a different bowl, strain the milk and oat mixture over a sieve lined with a muslin cloth. Squeeze out all the liquid from the oats and discard the leftover oats. Re-measure the milk-cream mix to see how much you have. Add more cream and milk to it so that you have 4 cups of liquid total. Put the milk-cream mix back into the bowl over the pan of boiling water to reheat.

Whisk the egg yolks and sugar together. Once the milk is hot, add one cup of hot milk to the egg and sugar mix, whisking vigorously all the while. Repeat this process with another cup of the hot milk-cream mix. Then add all the egg-sugar-cream-milk from the bowl into the cream-milk mix. So now everything should be in the bowl over the hot water in the saucepan. Continue to cook the mixture until it coats the back of a spoon, and is thick and custardy. Decant into a jug and chill for around 2 hours in the fridge.

Pour the custard into the ice cream maker and follow manufacturer’s instructions from there. About 20 minutes before it’s ready (it should take about 40 minutes in the ice cream maker), toast the other 1/2cup of oats, along with a couple of teaspoons of light golden brown sugar. Once the oats are nicely toasted and have cooled down, bash them up a bit with a rolling pin or mortar and pestle. Taste the ice cream at this point and decide whether you want to add another pinch of salt. Add the toasted oats to the ice cream and either serve it soft, straight from the machine, or transfer it to a container and freeze it for a little longer.

These are a few of my favourite things 🌼📙
🌸🌸🌸
And then the lighting of the lamps
Went to beautiful @moli_museum on Friday. It’s a lovely spot, very aesthetically done. Cafe and gardens are fab, well worth a visit for a bit of peace in the middle of the city.
Sunny day brunch! Feels like we were on hols @cooleenmccarthy @jennysyke @hollyryan1 !🍹🍹🍹
Sunny day in Dublin